It’s fair to say that the console wars are going just as strong as ever, and as ever, console exclusives are playing a big part.

The internet is a dangerous place of warfare and ‘one-up-man-ship’ as fans of either the Xbox One or Playstation 4 triumph their own console above the other. Sales performances, gaming expo appearances and a million other minor factors are constantly debated, and more often, criticised, but nothing seems to irk gamers more than console exclusives. Perhaps the factor most likely to swing a person’s console purchase, console exclusives can make or break a platform and Gamescom last week was a perfect reminder of the excitement and buzz surrounding console exclusives.

As the internet wars start up again, here’s a list of our top ten ‘favourite’ exclusives to feed the fires. The list isn’t based just on sales figures and game quality, but also shock value, the significance of the franchise and the response to the announcements made. Can you guess what gets number 1?

Undoubtedly one of the Xbox 360’s most high-profile franchise exclusives, Epic Games’ Gears of War just about makes this list. At the time of the original announcement of Gears of War there was plenty of hype about how brilliant the game looked, but it didn’t pack the punch of some of our other announcements. 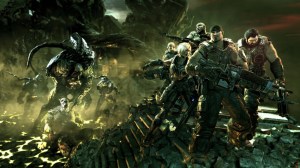 Nevertheless, the games have all been excellent (let’s ignore Judgement for a while…) and the series went on to become one of the best-selling series on the Xbox 360, and that’s expected to continue when the inevitable Gears of War 4 lands on Xbox One at some point in the future. A brilliant franchise for Xbox which played an important part in solidifying the Xbox 360 as a series competitor to the Playstation 3, but the lack of shock and initial impact of this game’s exclusivity mean it sits at number 10.

This entry might come as a bit of a surprise. The nature of Journey as an indie game (and indeed, the only indie game on this list) might seem a hindrance in terms of impact and significance, but in actual fact it’s the opposite. 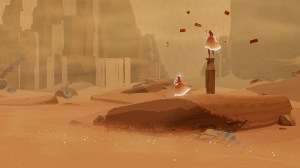 Journey often is, and should be, credited with helping to inspire the revival in indie, small-scale game production. It was a spectacular game, widely praised and surprisingly successful, but its importance goes beyond that. Journey is when the Sony consoles began to be seen as the home of indie gaming.

Whilst Microsoft has struggled to get real indie support and success, Sony has been embraced by indie developers as the console of choice and the console of opportunity. Even to this day, Microsoft are struggling to claw back parity in indie games with ID@Xbox after the significant, but still inferior success of the Xbox Live Marketplace for 360.

Journey, then, makes this list for its role in carving the Playstation 3 as the home of indie games, and that’s a legacy that’s still going strong to this day.

Titanfall was lauded as the jewel in the crown of the Xbox One’s first year. Why? Because it’s the most significant new third party exclusive of the latest console generation. We’ve seen the reappearance of third party stalwarts like Killzone and Forza, but Titanfall was new, exciting and expected to shift the balance in Microsoft’s favour with the new consoles. 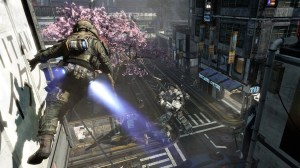 The actual impact was more muted than expected, with Xbox One sales surging, but only momentarily, and not as much as hoped by Microsoft’s head honchos. To top it all off it’s all-but-certain that Titanfall 2 will be coming to the Playstation 4 as well.

Despite these hindrances, Titanfall received huge amounts of coverage and press, and even if more ceremoniously than commercially, was a huge coup for Microsoft in the opening barrage of the new console war.

7. Rise of the Tomb Raider

This is the announcement that inspired this whole article, and let’s be honest, I don’t think anyone really saw this one coming.

Last year’s Tomb Raider was one of the most successful franchise re-imaginings gaming has seen, and received wide applause. It’s possible that Rise of the Tomb Raider is the most anticipated game in the entire series, and there were millions of fans waiting with baited breath for any news of the newest iteration.

The news revealed at Gamescom probably wasn’t quite what Sony fans will have been hoping for: Rise of the Tomb Raider will be an Xbox One exclusive.

It’s since been revealed that it’s a little more complicated than that. Phil Spencer, Head of Microsoft’s Xbox Division, has revealed that it is a timed exclusivity deal, with the game likely to come to Sony consoles and PC’s just months after the Xbox One.

Regardless, the theatre and shock of the announcement, coupled with the buzz that it’s created throughout the gaming community, means that this exclusivity deal rightfully deserves its place at number 7.

When you think of Sony, there’s a few series which spring to mind. Little Big Planet is one of those (along with another franchise that’ll make its appearance later).

Little Big Planet didn’t make much of an impact when it was first announced, but the series has gone on to be not only critically acclaimed and successful, but near synonymous with Playstation. Every single Sony console since the first Little Big Planet in 2008 has seen a Little Big Planet game released for it. Sackboy was even one of the figurehead characters in Sony’s Playstation All-Stars Battle Royale.

Little Big Planet deserves its slot here just for being such one of Playstation’s most successful and iconic series.

It’s official. Metal Gear Solid is no longer a Playstation exclusive franchise. Starting with Metal Gear Solid V: Ground Zeroes, the Xbox 360 and Xbox One are getting the latest games in the long-running Hideo Kojima series.

Even though it’s finally happened, many people expected the series to come to Xbox 360 with the last iteration, Metal Gear Solid 4. The Xbox 360 had established itself massively by this point, and I wasn’t the only one surprised when it was announced as a PS3 exclusive. It was a big coup for Sony: the game was brilliant and very successful, but Microsoft is hoping the new game will even things out a little bit more.

The Last of Us is far from a surprising Playstation exclusive. Naughty Dog had been making Sony exclusives for years before The Last of Us was even mentioned, and there weren’t many who expected this to be a diversion from the norm. 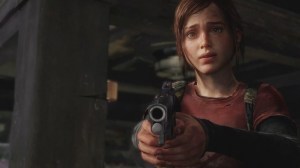 What makes this such an important exclusive is its sheer quality and success. Widely considered the best game of 2013, and perhaps the best game of the last console generation, The Last of Us has received reviews surpassing any Xbox exclusive in years. In every aspect possible, this game has been a victory the likes of which Playstation hasn’t seen for many years, and there’s no doubting that it’ll be one of the most iconic exclusive games (and possibly franchises) in video gaming history.

If we’re considering success and sales then there’s really no way Minecraft: Xbox 360 Edition could be ignored. An unexpected hit on PC, Microsoft must be thanking their lucky stars that they punted on a console edition of the popular open world construction game. 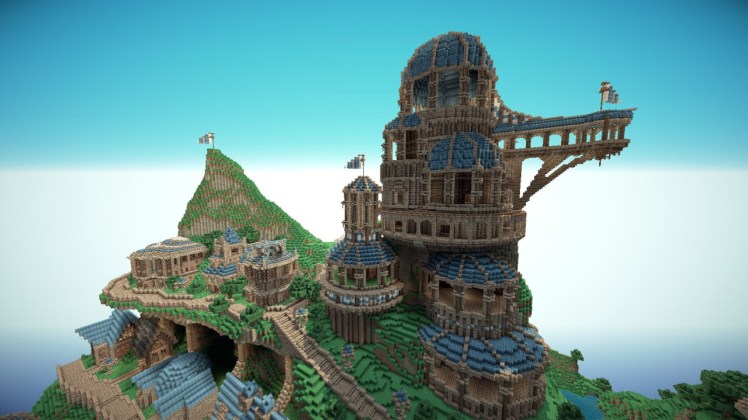 Even more surprising is how long it took Minecraft to come to other consoles after the fantastic success enjoyed by the Xbox version. It took an entire 19 months between the Xbox 360 and PS3 versions. That translates to literally millions of sales, and while the eventual spread of the Mojang blockbuster to other consoles has muted the impact of the console exclusivity that Microsoft held for a while, the unparalleled success of the game on Xbox 360 means it deserves it’s spot this high up the ranking.

As mentioned earlier, Sony has some series that really help to define the consoles, and this is probably the foremost of them all.

Nathan Drake and his gun-toting, vine-swinging, cliff-scaling escapades have been huge hits with Playstation owners and reviewers alike, topping 17 million sales in April 2014, and surely increasing that by a lot more since then. The Playstation 4 iteration, A Thief’s End is likely to carry on this trend and sell thousands of PS4 consoles.

However, despite the huge success, this exclusive series still falls behind to its competitor’s even more iconic figurehead…

Could there ever be any doubt? The game that almost single-handedly helped to establish the original Xbox as a serious competitor, and the series which has offered guaranteed sales and fantastic gameplay ever since.

No other character from gaming’s last decade is as iconic as Master Chief, no other game series is as easily and readily identifiable with its exclusive console as this Xbox stalwart, and no other exclusive ever released has had the impact, longevity and profound success of the Halo series. Microsoft, you hit a real winner here.

Disagree with my list? I’m sure 99% of you do, and feel free to let me know where I’ve gone wrong in the comments below!

By Joseph Thomas
I'm Joe, an aspiring games writer and overall massive geek with a soft spot for bows and arrows, role-playing games and main characters with awesome hair and big swords.

Why Exclusives Are Hurting More Than Helping