Sequel to The Guardian of Light, Lara Croft and the Temple of Osiris announced.

Developed by the Square Enix studio, Crystal Dynamics, Lara Croft and the Temple of Osiris to be released at an unknown date. The game will be released on Xbox One, PS4, and PC. Building off the two-player co-operative mode in The Guardian of Light, Temple of Osiris adds two more players for the first four-player co-op game in the Lara Croft series. 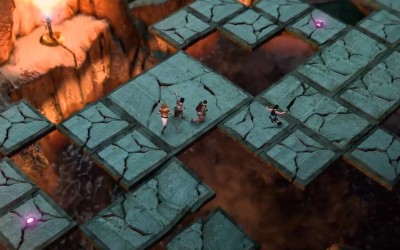 Players will choose between playing as Lara Croft, rival adventurer Carter Bell, or one of two imprisoned gods, Horus and Isis. While the characters work together to get through each area, they also compete by collecting treasure.
The game takes place in the deserts of Egypt where the team of treasure hunters and gods set out to defeat the evil god Set by collecting the fragments of Osiris before Set enslaves the world. Players will have to deal with traps, puzzles, and supernatural enemies, not unlike the game’s 2010 predecessor.

“After the immensely positive reception we received for our debut co-op adventure Lara Croft and the Guardian of Light, we always hoped that we would find the time for Lara to return in another classic AAA digital arcade title,”

“We are excited to expand upon Guardian of Light’s legacy with an entirely new adventure, and challenged ourselves to create fun new ways to play. Four-player co-op in Lara’s world combined with Crystal Dynamics’ high production values are being brought to a new generation of platforms and we are excited for more friends to share in the adventure together.”

Lara Croft and the Guardian of Light was very well received and it appears as though Crystal Dynamics is counting on that winning formula in making its sequel. The gameplay footage released so far looks remarkably similar to the first game, albeit with four characters running around and sharper graphics.

By
Mikael plays a lot of video games but loves puzzles, RPGs, and platformers. He has written about video games for a while now and is always looking for people to connect with and discuss the industry.
Loading