Why is Battlefield so underrated? The Top 5 New Video Games Coming Out For Next Generation Consoles

Warning: Einfo Games can’t be held responsible for any addictions suffered while sampling our menu

More so than nearly any other genre Cooking games aren’t really talked about that often and such there are plenty of games that players haven’t sank their teeth into yet. So just like the Facebook list a little while ago  here’s a sample of two games per group for you to browse through.

Starting off on an easier note where going to look at Cake Mania and Cooking Mama series. Since it’s less know 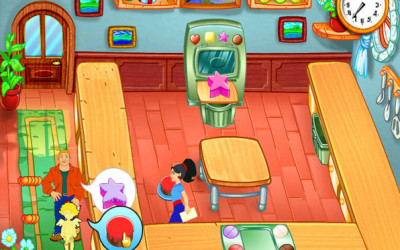 than Cooking Mama let’s start with Cake Mania. The Cake Mania series sees you as Jill, a girl with a love for baking who in the first game sees her trying to save her grandparents bakery and oddly in the third game sees her traveling through time.

The series has a mix of cooking elements with you baking the cakes your customers are ordering and time management with you juggling the orders and trying to finish them before your customers get tired and leave. You use the money earned to buy better equipment like a better oven or even shoes to help keep up with the orders. Cake Mania is available for Nintendo DS and the series is still going on PC, Mac, mobiles and a Flash game. 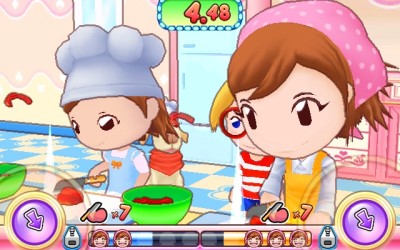 Sure the series is barely mentioned today and a lot of the games are no longer released outside Japan but as a budget meal Cooking Mama could possibly provide fun. The series is based around the idea of using the touch screen of either your DS or iOS in order to complete a series of mini-games so in a way you could describe it as playing Mario Party by yourself.

Now entering the first of two cooking based restaurant based titles we have the All American Diner which here is represented by Diner Dash and Diner Life. 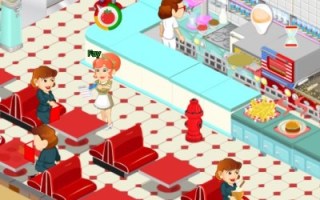 Starting with the more Facebook friendly of the two here’s Diner Life. Diner Life has you taking control over your very own American Diner. Starting off in a small diner with only standard equipment, you’ll soon earn money by completing objective and dealing with customer requests like cheese with the burger.

The money you earn will go towards laying out your diner the way you want to with new equipment, tables, chairs and even decorations. You can also put some of your cash towards making your avatar stand out from the crowd. Of course this being a Facebook game there are certain things that take real world time to do in this case cooking the food and also you can spend real world money to speed things up a little.

Now throughout this list there are plenty of games where you manage the business but let’s look at one where you’re serving the food instead with the Diner Dash series. The Diner Dash series sees you controlling Flo who in the first game got bored of her original job and moved into the diner business. There’s a little more to it but to be fair it’s not that important. 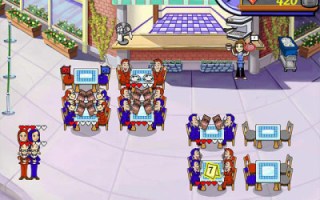 What’s important is gameplay. Here you control Flo as you have to move customers to a table, taking their orders, deliver the food, pick up the bill and then clean the table. While this might sound easy, you need to constantly hurry as there are different types of customers, each with their own patients limit as well as a limited number of tables and as the day ticks closer to closing time more customers always show up.

So you’re going to have to juggle a lot for the best tips and at higher a level this can be difficult but that’s where the fun lies. To this end there’s also a continues shift mode where you play with no time limit to get as high a score and tip as you can before you run out of stars.

Diner Life can be played on Facebook and the Diner Dash games for the most part are on Windows and Mac though the earlier games appeared on consoles as well.

The Humble Cafe with Café World and Zombie Café

Moving now from the American diner scene we have Café’s and the two café games we’re going to look at are Café World and something a little different with Zombie Café. 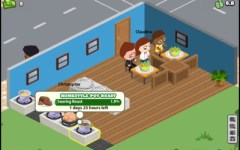 Starting with the more normal of the two, Café World has you opening up your very own café with the goal of reaching the top of the culinary world. To do so along with serving customers who enter the store itself you must also complete catering orders which by the way without either getting the help of a couple of friends or buying in-game money will be very hard.

So yeah out of all the games listed here this is definitely the one where having a load of friends who play Facebook games certainly help. Café World features over 200 different recipes to make and the game gets updated often.

Moving away from normal café/restaurant simulations we have Zombie Café. In Zombie Café you play as a business owner who for some reason has decided that instead of hiring people, you instead strike a deal with an evil corporation to help zombies. Well at least they work for free. 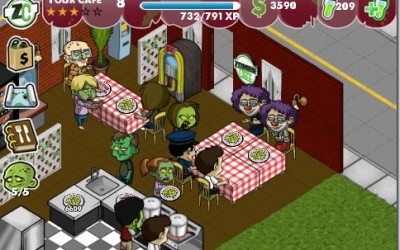 Like other café based games you can customise your café, this time with over 100 different items as well as prepare zombie inspired meals though what do you expect with zombie cafes really? Along with that however you can put your zombies to other uses like steal recipes and toxins from your competition and then using said toxins on your customers to get more zombie slaves. Just don’t treat them too harsh though or they’ll eat your customers and that’s the last thing a starting business need and just like Facebook games you can spend real world money on an in-game currency.

Café World can be played on Facebook and Zombie Café is available on Google Play as well as iPhone and iPad.

Something a little different with Dessert Shop and Pizza Hot

Now leaving the diners and cafes we have the alternatives and with this we have Dessert Shop and Pizza Hot. Unlike the other management games on this list Dessert Shop uses the Farmville model so this one includes energy although at least for the first while anyway you don’t have to worry about it that much.

Along with using the Farmvile model this game in general feels a lot like Farmvile in a café. You’re in charge of your own store and you earn more recipes and equipment by gaining levels and you do so by just playing the game or completing missions.

Along with the experience, cash and the buyable currency you can also earn “fans” which you do by giving people coffee when they ask for it but coffee takes a long while to recharge if you don’t rush them with real world cash. Finally you can’t customise your coffee with decorations which might turn some people off. 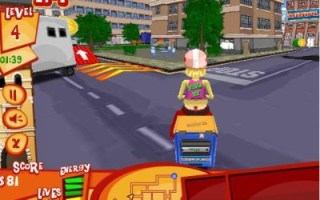 Like the way Diner Dash let you play as a waitress Pizza Hot kicks you out of the role of managing a restaurant and instead puts you in the shoes of a pizza boy/ girl. There’s no story behind the game, your just delivering pizza’s to customers before they get cold while trying to avoid other road users and getting fined for driving over the grass. There are also coins shattered along the route and ramps which only serve to improve your score.

Dessert Shop is playable on Facebook while Pizza Hot can be played on http://www.primarygames.com/arcade/simulation/pizzahot/

Throughout this list there have been games where you take control of restaurants and even a title where you prepare meals with mini-games but let’s say you want to cook yourself. Well as it turns out someone decided to put recipes on a DS cart and two examples are Personal Trainer: Cooking and What’s Cooking? with Jamie Oliver. 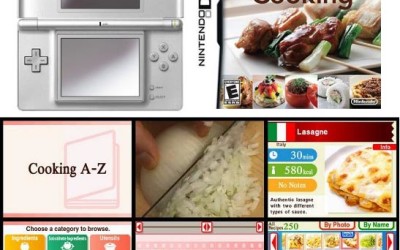 Because there both the same I won’t be splitting up these two titles. Both of these to be fair are just recipe books. All the recipes include everything you except like cooking time, ingredients and speaking of recipes. Both of these games include a feature where you can make shopping lists to remind you of what you want to buy as well as a timer.

So that’s a sample of the cooking game genre and there are plenty more titles not covered here so if you like what you’ve seen here check them out.