Let’s Discuss The League of Legends Community The Daedra: Immortal Fiends of Tamriel

While Facebook has grown more and more popular since it started, something a little more interesting is that Facebook games are now a popular edition themselves with millions of users playing them each day. But let’s say that you’ve somehow managed to stay off Facebook till now or you just want to try something new than you’re in luck because this articles for you.

For the purpose of this I’ll be mentioning the ten most played Facebook games this month so far in no particular order to give you a taste of what’s available to try so let’s begin. Friendly warning however Facebook games are known to be addictive. 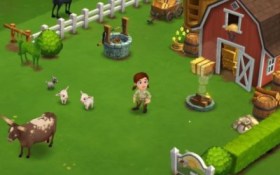 If your were to ask people about Facebook games, chances are that they’ll bring up Farmville at some point because the Farmville games and style are some of the most copied on Facebook hence the reason Dragon City is here.

Farmville 2 sees you and your friends working together to restore your childhood farm back to the way it used to be although say that you can build what you want as long as you have the resources and levels needed.

You gain levels by getting experience from everything you do in the game from growing crops, looking after veg, completing objectives that the game sets for you or just removing all the damn rocks and such around your farm.

Like all Facebook games Farmville 2 is free-to-play and as well as payment options. This is the case for practically all Facebook games. How they work is you’re given a certain amount of energy to do things which in some games increases as you level up but when you run out you can’t do anything till the next day unless you use that games currency.

In Farmvile styled games however you have to construct and grow things like vegetables on your farm but this takes time and by that I mean you have to wait real world minutes (and later hours) for them to finish but you can spend the games currency on them to instantly complete them. You can also get them for free by getting your friends to try the game.

Let’s say that you just want to play something a little more real, well why not

Just like Texas HoldEm Poker, 8Ball Pool completely explains everything the title. You can play against friends, show them your tables, cues and take on other players in tournaments.

Words with Friends is a Scrabble-like game where you and one friends or random player try to build words with the tiles their given but with a difference. The difference to Words with Friends and the reason it’s so addictive just because of how quick the games go. Part of the reason for this is that the game ends if there are three scoreless rounds. You can also play up to 20 separate games at the same time with the game using push notification to tell you when it’s your turn. Words with Friends also allows you to send messages to other players during gameplay. 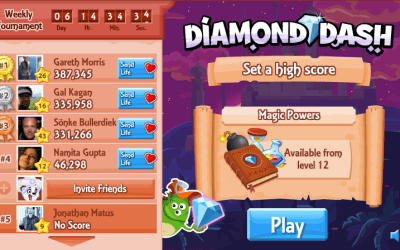 Games where you match three of something happen to be a popular theme at the moment with games on Facebook and the first one I want to mention is Diamond Dash. Diamond Dash is a little different from other games however because the word Dash is in the title it isn’t just there to complete the title.

Diamond Dash has you matching colours as quickly as you can against the clock with the goal of beating you and your friend’s high scores. Also you level up you can unlock power-ups that you can bring into one attempt to help increase your score.

To balance these powers out you’re only allowed to activate one per level and at a cost too. You get silver coins which are needed to pay for these at the end of each try depending on your score. You get five lives/attempts when you start but you can buy more for gold which you can either buy with real world cash or earn by levelling up. If you’re not interested in paying however you can wait eight minutes per live. 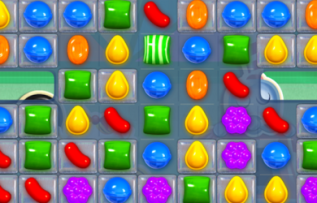 Even if you’ve tried your hardest to avoid Facebook games chances are you’ve heard of these three games in particular due to all the ads. The easiest way I can explain these games is that their basically Diamond Dash after it settles down after a sugar rush.

While Diamond Dash has you racing against a clock, these games instead give you a certain number of turns to get the minimum required goal. At the end of each level you’ll be graded and then your score will be compared to everybody you know who also plays the game.

Candy Crush Saga on Facebook has over 400 levels with more coming. The game also features the ability to make special candies and even combine them for various affects to wipe out more candies for a bigger score and more gloating points.

Just like Diamond Dash you only have 5 lives and you get one every 8 minutes or buy some with real word money if you can’t wait 40 minutes.

Top Eleven Be a Football Manager 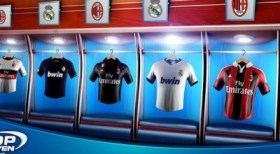 Lastly there is Top Eleven Be a Football Manager which may interest you if you like to think that you can be a better manager than “insert your team’s manager here”.

In Top Eleven Be a Football Manager is you’re in control of your own virtual Football club. You have to manage your clubs finances and your team as you train your players personally. You’ll also take part in live biddings.

Over course this wouldn’t be much of a Football management game without matches and yes you can expect to have to manage your team’s formations, mentally prepare them and them watch the matches live and make substitutions when needed.

You can also challenge your friends to friendly games and keep track of their teams.

These games are just the tip of the games available on Facebook and there’s more to come as well so why not jump into Facebook today and see what everybody’s talking about.

Facebook Buying Oculus Rift isn’t the end of the world