Should The Last of Us Be Nominated For An Academy Award? Horizon Pre-Purchase Beta First Impressions

With the imminent launch of one of the biggest multiplayer experiences ever, Grand Theft Auto Online looks to be adding much dynamic with Cops n Robbers, Heists, and different modes for players to kill each other, but there are still many things I hope Rockstar will implement in the future. 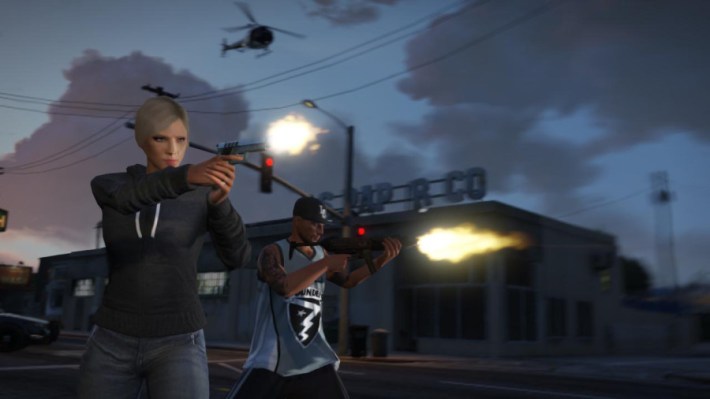 While the large landscape of Los Santos is big enough I can’t help but wonder what added areas will add to the game. Featuring different environments and weather effects could add unique game play to the series.

2. New weapon types such as swords:

While Rockstar already plans on adding more weapons in future DLC on the online stores, I want more melee weapons like in the previous Grand Theft Auto games. One example is the katana in Grand Theft Auto: Vice City.

Grand Theft Auto Online offers a ton of options for players to personalize their character in the multiplayer, but I wish to see more options like in other series. I want the ability to create your own character beyond what the online mode promises.

This is something that will probably not happen in Grand Theft Auto V, but the wish to see the player count increased to thirty-two players is still a dream of mine. Seeing massive battles across the map of Los Santos would bring tears to my eyes.

That fancy little phone in the game you use, I want it to expand beyond its capabilities. You should be able to message players within game, share pictures instead of using the social network, and transfer in-game money to other players. I also would like to see more internet sites with multiplayer interaction.

This is all a wish list, but I can’t help but think of what is to come a year from now. What would you all like to see in Grand Theft Auto Online?

By Tripp Papineau
Hi everyone, My name is Tripp and I am an aspiring writer for video games. I love many genres especially first-person shooters and survival horror. I enjoy watching great TV shows, writing novels, and going out and hanging with friends. I work part-time at a pizza restaurant and consider myself a pizza enthusiast!.