Battlefield 3 Aftermath – What Could We Expect? The ‘Geek’ is a Dying Persona

Thoughts VS Opinions Conflicting ideals and Missed Chances Could Mean we Never See the Emergence of a Perfect Zombie Game.

If we look at a long list of zombie games that have emerged in the past decade, none of them have really done it for me in terms of keeping me enthralled and having me think “yeah, you know what this is exactly what I was looking for, it’s the perfect zombie game.” So why is this? I could write for hours about what I think should be included and we would end up with a list of factors that would be in my ideal game, yawn. Instead I plan to take the biggest names in the zombie games industry and pick them apart in order to reveal what went wrong through my eyes.

There was certainly plenty of positives to Dead Island and prior to release I was topped up to the brim with anticipation. Unfortunately I never completed it because I got sick of the grind and sick of my weapons breaking. The game itself was quite buggy in places and some of the vermin you had to destroy were little less than bloody annoying. Not mentioning any names, Butchers…Aside from these few rogues the game had the right direction for me, survival was definitely there and so was the cooperative aspect (though no split-screen, shame) and all in all it was a tense zombie killer with plenty of targets and plenty of things to do. 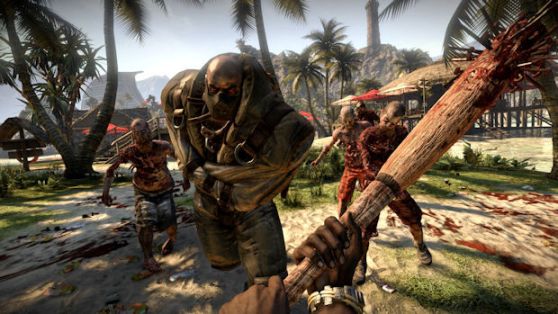 Dead Island went wrong when it made my glorified sledge hammer break after every group of enemies, leaving me with some kind of broom stick and a hat stand to defend myself. Finding a repair table and spending money on repairs all the time was very tedious, it did well to make it more of a survival game but it also did well making it just as annoying as the Butchers. At the end of the day Dead Island turned into a kick boxing match with a group of zombies (using kick knocked them back and was about all that could save you in big groups) and got very repetitive very quickly. The suspense turned into a great “meh” and a wish that the zombies would just go away and let you find the petrol tanks in peace.

Don’t get me wrong, as I mentioned before there were positive steps in a perfect zombie game direction, it was just a few niggles that drove me to stop playing.

I had great fun playing Left 4 Dead, the cooperative aspect was excellent and hosing down heaps of zombies never gets old. As a matter of fact I couldn’t tell you much that was wrong with Left 4 Dead, even the sequel was good. What we have to remember is that in terms of the perfect zombie game, Left 4 Dead just didn’t include any RPG element, you didn’t get sucked in to your character or immersed in the slightest. There was no worry about your welfare and aside from grabbing pills the only real care was that you got the most kills and your team survived the level.

That is not to say Left 4 Dead wasn’t scary or didn’t leave you cautious about your next move. Remember the Witch and the Tank?

One of the bigger zombie games that I played alot less of, not for game related reason but because I never owned an Xbox 360. For me Dead Rising never had the serious aspect that I want to see, raking heaps of zombies is fun but sometimes there needs to be more to it, some depth if you will.

The zombie mod that single handedly changed the face of Arma 2 and increased Steam Sales by a heck of alot. Day Z brought everything that was sinister about a zombie apocalypse and landed you up creek without a paddle. Aside from the unpolished nature of it Day Z really made you crap your knickers, be it because you just saw a herd of zombies or because you just spotted some bandits tearing up a group of survivors. The need to survive on the mod was something that many zombie games neglect simply due to their goals of making it a zombie beat ’em up rather than a survival horror, a respectful route to take at that.

Overall I have hardly touched on the zombie market of games. The games I have picked at have been ones that I have encountered personally and have, what I feel, ingredients to make the perfect zombie game.

The real question is why will this never happen? An RPG Survival horror with friends that isn’t repetitive, scares you and brings out some emotion whilst at the same time provides the fun of defending yourself against waves of zombies would not work. The fact is these make up different genres of zombie games and even if they were combined somehow into the same game, people would love bits and hate others, after all we are all entitled to our own opinions. My idea of the perfect zombie game is completely different to the next person’s. I will leave you with the question of what is your perfect zombie game? 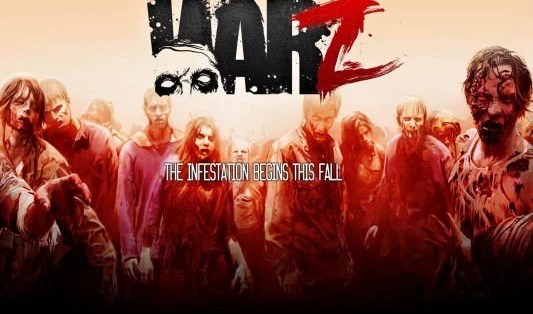 In the mean time I will look forward to ‘The War Z’ coming out for closed beta to see what it has in store for us. You can register and be in with the chance for the closed beta here at .

Thoughts VS Opinions is where the writers express their thoughts on games and news so
don’t take any of it to heart, Feel free to comment bellow on what you think

Gore – Do Games Hold Back?

Defining an RPG From Other Video Games

The ‘Geek’ is a Dying Persona