Top 10 Games for Wii U- 2013 Edition PC Titles You Might Have Missed This Year!

2013 to me was really a year of announcements.

So many big games were announced this year: Thief, Kingdom Hearts 3, Star Wars: Battlefront just to name a few (namely the ones I’m excited for) I feel it’s the calm before the storm of new games that is 2014. But how does 2013 stack up with the years past?
However there were no doubt some noteworthy games released this year. Due to this calm before the new generation, not as many big triple A titles were released. So a lot of independent games where in the limelight this year. 2013 was a big year for indie games in my opinion, more so than any other year as of late. Games like: Papers Please, The Stanley Parable and Starbound just to name a few. All of these games have been met with critical acclaim and praise, all of which is deserved. Many people’s best games of 2013 list have had an indie game at number 1 instead of a big triple A title. 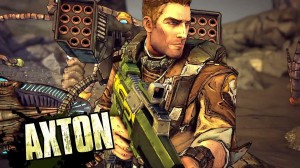 Past years have been massive, with triple A game after triple A game, but this year it’s definitely calmed down a little. It is nice to see more indie games getting a chance this time round. In past years we’ve had massive releases, 2011 was the ‘year of threes’ with: Battlefield 3, CoD: Modern Warfare 3, Gears of War 3, Ultimate Marvel vs Capcom 3, Saints Row: The Third and lest not forget the most anticipated release of that year, Just Dance 3. Not to mention 2011’s other big releases: Crysis 2, Portal 2 and Batman: Arkham City just to name a few.
2012 proved to a rather big year as well, with standouts like Far Cry 3, Spec Ops: The Line, Planetside 2, Counter Strike: Global Offensive, Hitman Absolution and Borderlands 2.

The big trend we can see in these last few years before the new generation is the constant sequels. All but one of the games I have mentioned when talking about 2011 or 2012 was not a sequel. That’s why I feel it’s really good for indie games to be getting a time shine this year. So many original ideas came this year, instead of being drowned in sequels. It’s also very encouraging to see that the next generation has a few ne IP’s as well, with titles like: Watch Dogs, Sunset Overdrive and Destiny. In the way of triple A games, 2013 still had some big releases. Games like: The Last Of Us, Beyond: Two Souls, Tomb Raider, Bioshock Infinite and let’s not forget GTA V. But by far the biggest focus of the year has been the next generation. I can still remember when the Xbox 360 and PS3 were being announced an released. I remember seeing how advanced the new systems looked in comparison to my measly PS2. This year however has been different. The consoles have kind of hit a wall. There is not as much extreme innovation as in past. The graphics look mostly the same, the games play the same and the online service is practically the same. The step up in innovation is getting smaller and smaller, not to mention that PC’s seem to be nearly one step ahead of the consoles. I think console gaming is beginning to plateau in terms of innovation, and the next big thing is going to need to be really innovative.
Overall 2013 was the end of an era, the old generation was passing away making way for the new. However the new is constantly looking less and less innovative and groundbreaking and games just keep being remade or as sequels to previous games. ‘New’ is a term I would now only reserve for actual new IP’s and ideas instead of just a sequel to a game that did well.

However we mustn’t forget that through all the thick smoke full of remakes and sequels billowing from the industrial chimneys of triple A game developers, a few shining lights of creativity glisten through the obscuring mists. This year the smoke ran a bit thinner and the lights shined brighter than ever, while the factories prepared to have new chimneys installed.

Top 5 Most Memorable Moments in Gaming During 2013