10 Gaming locations You Should Consider This Christmas Was 2013 Just A Year Of Announcements?

If you have never seen a top 10 before, then allow me to explain what the most common rules are: this is purely opinion based and I doubt this would represent everyone’s opinion about the games. I also won’t be having two games of the same franchise, so an example would be having Super Mario U and Mario 3D Land.

Nintendo Land takes 12 Nintendo franchises, some that I haven’t heard from in a while such as Metroid, the game ties it all together through a theme park. There are 6 online games available which feature cooperative and competitive functions. An example would be Luigi’s Ghost Mansion where the player with the gamepad is a ghost and they need to hunt down the other players. However the ghost can also get captured by the players, the ghost can only be seen when lightening strikes or if the players shine their flashlight upon it, however the use of the flashlight is expensive! There is also a few single player games which aren’t as great but are still worth checking out as I found them falling short of the other games. 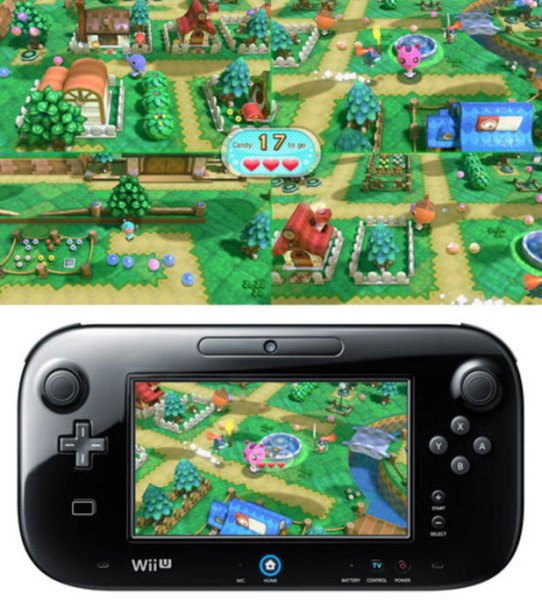 9: Injustice: Gods Among Us

This may not be the best port however it is still a fun game nonetheless, essentially Marvel Vs. DC with it’s fast paced combat and the creative use of the environment. You can literally catapult the enemy player through a massive statue, the visuals are good for what the Wii U can provide as the cut scenes look great on the console. However I was disappointed with how the game didn’t use the Wii U gamepad’s touchscreen during battle. The story is about the Joker tricking Superman in another dimension to kill Lois Lane and her unborn child, Superman then decides to rule the world and Batman attempts to bring the characters from his world into the world with a Superman tyrant. There is a multiplayer mode which allows you to test your skills against the plethora of online players. 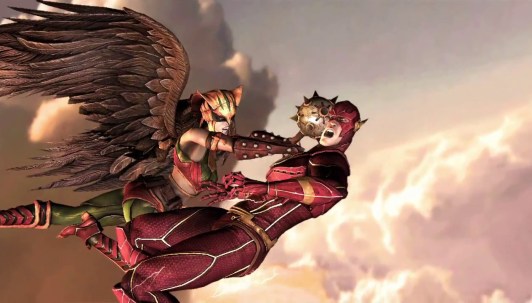 If you owned a NES as a child and loved platformers, then it’s likely you’ve played the original version of the game. However in Ducktales: Remastered the game is almost a 100% remake; however while some issues were fixed from this remake, some were also created. The most obvious change is that the game is in HD, it also sounds and controls well, it has added some voice acted cutscenes as well. I think what made the original game so popular was that it was like no other game, and the remake lives up to the expectation. Some minor issues were difficulty continuity, it somewhat fluctuated during the first part of the game.

Wonderful 101 is your beat em’ up action game developed by Platinum, if you’ve ever played a game from this company then you may know what to expect from it. The main characters being funny and ridiculous heroes make it look like it should have it’s own comic book. You control your hero and a large group of people which help you transform into weapons such as a massive fist or sword. The game has an insane difficulty curve and the controls don’t make it any easier. The boss battles are extremely fun and they’re the highlight of the game, the only problem I have with this game is that it’s rather short, ranging from around 14-15 hours. But it’s still a fun game and I’d recommend playing it.

With the 3 week delay before this game was released, I understand that most Wii U owners might feel cheated that they had to wait for this game to be released so the other consoles can get it. So was it worth the wait? Of course it was, like Origins, it was a great game and plays excellently on the Wii U. The story is kept simple and charming, you’re able to take on most levels in whatever order you wish, within reason of course. In essence, you don’t have to go in the order the game displays it to you. The level design is amazing, every level is unique, you can play as different unlockable character as well. There are different kinds of stages as well, the invasion stage which makes the player complete the level in a period of time, with one attempt and the excellent music stages which get progressively harder as you go on, there are only a handful of these stages but they rarely get old. If you played Rayman Origins then you’ll be pleased that there are a handful of levels from the game, with the leaderboards and weekly challenges will keep you playing for a while. With the excellent soundtrack and presentation, you’ll never tire of playing it either.

One of my favourite games of my childhood and being the first Legend of Zelda game I ever played on the Game Cube, second being Ocarina of Time. I really enjoyed this game, however with the HD version on the Wii U many issues that were present such as the slow pacing all thanks to the Swift Sail! Which will save you from constantly using the Wind Waker. The main difference is the visuals, the game looks gorgeous and is a pleasure to play. Another surprise was how good the Wii U game pad was used, being able to drag items onto your item slots works surprisingly well! You can also use the motion controls to aim with your bow or grappling hook, this can also be done while moving. However I thought this was a bit dodgy at times and I resorted to using the right analogue stick. Oh yeah, the Triforce gathering was improved immensely, saving the player loads of time from tedium. 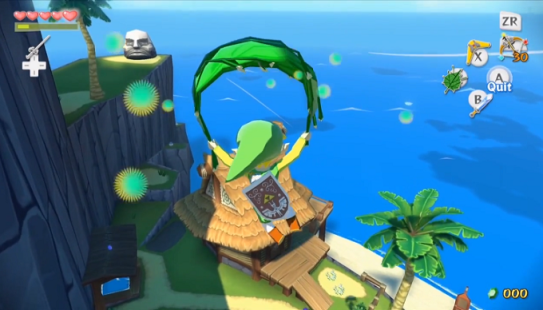 Being a big Sonic fan as I used to play the game on the Sega, it was a shame to see the franchise release such horrible games like Sonic 06 and Unleashed. However with Sonic Colours and Generations, the hedgehog may finally be making it’s trend towards success with Sonic: Lost World! It’s a typical Sonic story with a twist, Sonic is trying to prevent Dr. Eggman from capturing animals and turning them into robots. However there is also a third party which takes over Eggman’s robot army and Sonic, Tails and Eggman team up to take them out which leads to some interesting dialogue. Sonic isn’t as fast as he was in Colours, instead you hold the ZR button to sprint and this gives you more control over sonic and with the new parkour system which isn’t utilised as much as I had hoped. The 3D and 2D levels also look great, every level is colourful and vibrant. The bosses are a mixture of fun and easy, probably marketing the game towards a younger audience. Talking about the visuals, the soundtrack is also fantastic as they’re all instrumentals and there aren’t any vocals which may be for the better.

It has been 10 years since the last game, it has been quite the wait for the fans! But is it worth the wait? The game is essentially the same from the previous game, you control a group of Pikmin to do your bidding and complete many challenges. However there are also a few notable changes, an example would be that the player is timed through the amount of rations you have left and the only way to get more is to collect fruit. This is an interesting mixture of the 30 day limit on Pikmin 1 and the lack of it on the second, however if you’ve played Pikmin then this shouldn’t worry you because there are tones of fruit to be found. There are also two new Pikmin types, the rock Pikmin which can break through glass and the flying Pikmin which can access areas which other Pikmin can’t. The presentation is amazing, the world looks like a real one, as if you were there in your back garden. The controls have also been improved, you can send all your Pikmin at once to barrage your enemies and lock on. The low amount of levels is to be expected in Pikmin, except these worlds are massive.

Bowser is back and he’s kidnapping princesses, except it isn’t Princess Peach. The story is essentially the same as every Mario game, but this game comes with many new additions like the Bell power-up which turns the player into a cat which completely changes how the game is played. With four different characters to play from, each play differently and are better at their own thing. This game is filled with fun, you can approach levels differently with the help of pipes which are see through, allowing you to choose the path you want. With the many different ideas each level feels unique and I’m sure you’ll remember each. The presentation is great, it won’t blow you away but it’s great to look at, the soundtrack is also a high note of the game. This game puts every other Mario game to shame, it’s definitely a game to play with friends as well.

Monster Hunter 3: Ultimate is a remake of Tri on the Wii, with a few added weapons and monsters. I absolutely love this game and I’ve had an insane amount of fun with this game, this is an action game which you can play with your friends. You don’t level up from fighting monsters, you essentially gain better equipment through fighting monsters. There is a lack of story, however this is because the game is designed around having fun from killing these beasts. You’re able to go to the online port which allows you to team up with friends or others online. You do need to kill the same monster repeatedly to gain some pieces of equipment, however this doesn’t really get boring because it’s a different encounter every time. The game is quite difficult, you’ll end up failing the hunt if you aren’t careful, this means you can’t grind to get more hit points to beat it. It’s trial and error, you’ll end up getting better and everyone online will love you for it. I’ve played this game for over 200 hours and breaking the monsters face in has never felt so satisfying. It’s not graphically appealing as it’s just a remake, however the monsters look great but the terrain may look dodgy at times. If you’re new to the series, then be prepared for the difficulty curve but once you get passed that you’ll have an insane amount of fun.

Top Downloads On Nintendo Systems For 1st week of August 2013